We have a beautiful back porch that overlooks a small lake here in Tampa.  We have a hammock, 2 rocking chairs, and a glider that belonged to my grandparents in Nashville.  But the one thing we didn’t have was a table to sit next to those things while we were enjoying a beverage and the view.

So it was time to build a table.  I went to the local Lowes store to buy some simple pine boards.  This project was made out of 1x3s and 1x2s.

Now that I have my portable workbench, making cuts is so much easier with my miter saw.  Here are the boards (post cut) that I will be using in the project:

The table calls for a tapered edge on the bottom, so I had to take my miter saw and chop off some angles:

Assembly would prove to be a bit tricky.  Everyone hates it when the table you are using wobbles.  Steve Ramsey from Wood Working for Mere Mortals suggests setting up a system like this to make sure everything is flush and square:

Using wood glue, clamps, and screws, the legs were successfully made: 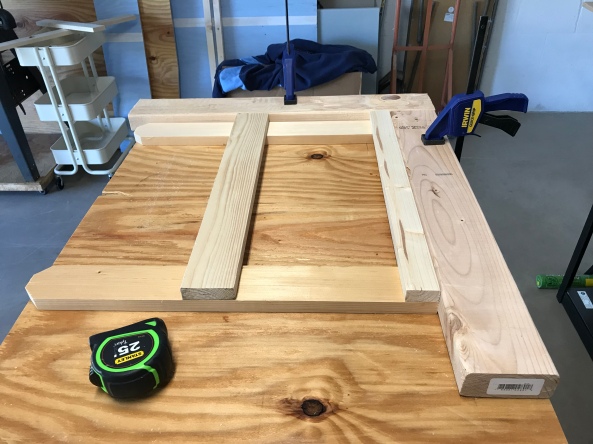 Now it was time to assemble the two sets of legs together.  This was a bit more challenging, but by using the same setup, I was able to get things put together:

Well, it is starting to look like a table:

Now it was time to put the slats on the table.  I had to put some support brackets to attach the bottom shelf.  It was tricky to space these out since I just eyeballed it instead of using any sort of spacers (the vice is being used as a weight across the board since I ran out of clamps): 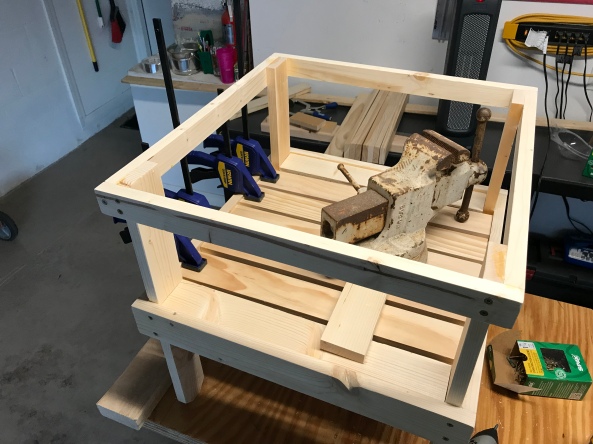 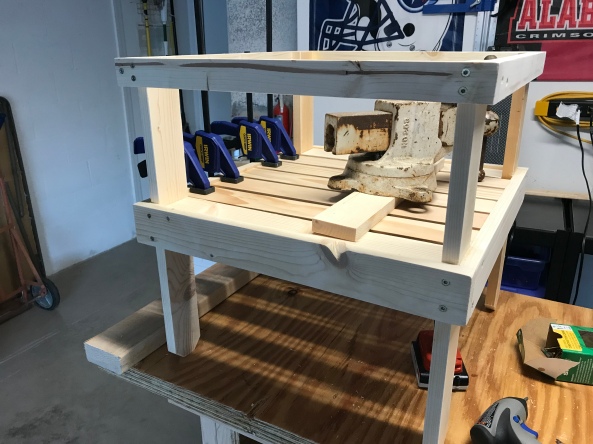 After cutting off the edges to give the slats a beveled edge, it was time to put the top pieces on.  These were just put on with glue, no screws.  So I grabbed some extra boards to hold them down while being clamped: 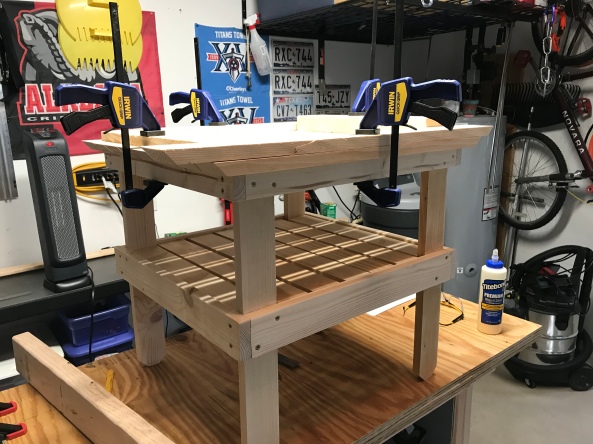 Here’s the table with the assembly complete: 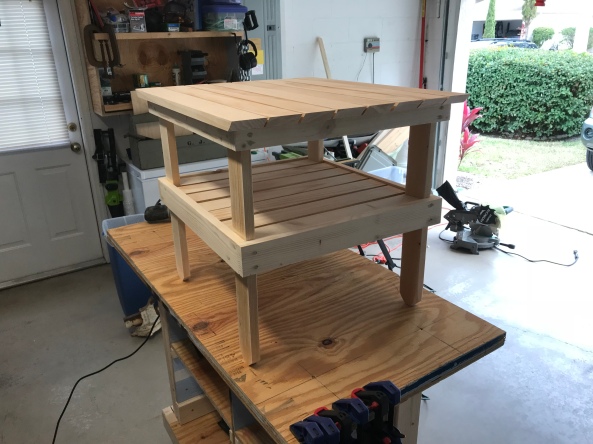 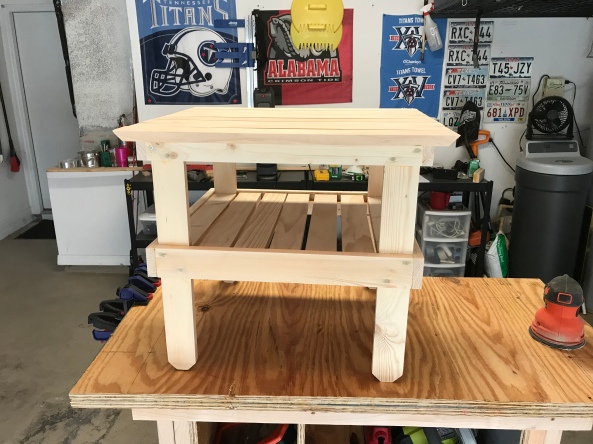 But I still had to finish it with some fun paint.  After some sanding, Kristen helped me pick out a nice red color that matched the porch decorations.  It was an outdoor Valspar Spray paint from Lowes.  Here’s the table, completely finished, sitting in between our two rocking chairs:

All in all, this was pretty simple to make.

Again, credit for the plans goes to Steve Ramsey and his Wood Working for Mere Mortals site.  This table was a lot of fun to build.  It matches our porch perfectly, and is fun, casual, simple, and will hold many a Diet Dr. Pepper on it in the future.