This is NOT who we are!

Since I have been here, I have heard all sorts of comments from all sorts of people from Nashville (all of these true, I’ve actually heard these things from real people spoken directly to me…) –

“Did you drop the average age to 80 when you got there?”

“I’d love to visit, but I’m looking for a place that has a program for our children.”

“I don’t care for a worship service that only sings older songs.”

“My grandparents told me not to go to Granny White to church when I came to Lipscomb because they are an old church that doesn’t do anything contemporary or modern. In fact they told me to go anywhere BUT Granny White, because people there are stiff – we used to call them the ‘Frozen Chosen’”

The list could go on and on. I just have to finally put an end to all of this.  I would just laugh it off, but exterior opinions based on false beliefs hurt people.

First of all, Granny White Church of Christ is the name of our location, and that is all. We could easily be called anything else – but please don’t the name of a place keep you from coming in the doors.

Second – Granny White is a loving, committed church family, and just like any family, we have all generations represented.

Or in other words, we’re not just old people.

Now, don’t get me wrong, we have older people, just like EVERY church. But we also have young families, singles, teenagers, children, middle aged families, babies, pretty much every age demographic you could imagine.

In fact, I guarantee you that if you come to be with us, there will be someone who is your age here in our family.

We have a thriving youth group led by one of the coolest guys around – Scott Tillman. He and his wife, Michelle, along with about 10 other volunteers, lead our youth group.

We have a thriving young families ministry, led by Jeff Wilson, entitled the “Ark Builders” group.

We have a thriving children’s ministry led by Jeff, his wife, my wife,  and several other volunteers.

We have a young professionals group that averages anywhere from 20-30 people on any given Sunday. This is made of singles and young marrieds without children.

We have groups for our older members as well -“Oasis” and “Gran-Timers”- for our members who are older.

We’ve got a nursery and everything for babies – and we have plenty – so don’t think everyone will be surprised when your baby cries, because we’re used to it!

I understand that in the past, this congregation was comprised mainly of older people, and there is absolutely nothing wrong with that at all!  But this congregation has grown, expanded, and now has people of all generations.  We welcome anyone.  We have a place for you to work, to worship, to grow, to love and be loved, and most importantly – we teach the truth.

Even if you never grace our doors, I hope that you will understand that GW is a place for everyone.  We love all, and embrace any age person that walks through the doors.  I hope you’ll join us and see for yourself who really makes up the family at GW! 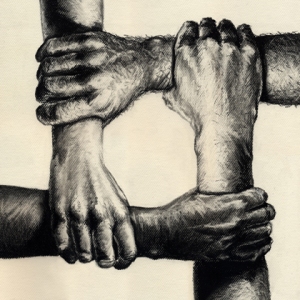 I may not make it out alive after this, but I hope everyone can read this and gain some insight from it. Ultimately, I am so tired of division in the Church, from both sides, and I’m ready to do something about it.

I recently attended one of my favorite places in the world, Malibu, California, for the 69th annual Pepperdine Bible Lectures. This was my third year to attend, and on top of it being the most beautiful location in the US for a Bible lectureship, it is one of the more diverse and challenging of all the yearly events.

The problem is this – when I mention I am going to the Bible lectures at Pepperdine, many, and I mean many fellow Christians immediately place judgement on me. This has happened for the past few years, and again happened this year. I get comments such as “I can’t believe you’re going to such a liberal place” or “I thought you were more solid in your faith” or I even got a “How can a member of the Lord’s church even consider going to Pepperdine for such an event?”

I’ll be honest, there are some things that take place at the Pepperdine Bible lectures I wish did not happen. There are some things I wish were not said. I’m not going to mention them here, because then certain individuals could use that as ammo against said lectureship without ever having attended, and they could twist my words to say something I never said.

The thing is this – the very people who are appalled I am going to such an event are getting lambasted from the other side. They’re getting mocked as traditionalists who are clinging to an ancient style of evangelism and outreach, and for viewing the Bible as legalists instead of recipients of grace. Traditions, heritages, our entire past is getting pushed aside for a new style of preaching and teaching, and a new style of worship.

The problem is that both sides look at each other and think they are doing it wrong. The right looks at the left and will find a scripture to prove just about everything being done in the “progressive” world is wrong. The left looks at the right and makes a mockery of an old fashioned style that “just doesn’t work” anymore.

I work for a congregation that probably has more diversity than I’ve ever seen as far as the spectrum of right vs. left, traditionalist vs progressive, conservative vs. liberal, etc. And you know what? Since I’ve been here, we just get along fine.

We have an older generation raised by the Gospel Advocate and straight forward preaching. We have a younger generation wanting technology and narrative preaching. We sing new and modern hymns, and we sing the classics. On Sunday morning, we have a scripture reading from an older cherished version and a newer more contemporary version. We clap after a baptism, but we don’t clap during our singing (not that there’s really anything wrong with it, its really a respect issue more than anything).

We don’t sing a song during Communion, but we sing one right before, and almost immediately after the last person takes the cup, because its just not worth making someone upset. But we also want to appeal to the senses of those who do use emotions and feelings in their worship through a desire to sing a song at that time.

We use pictures of the cross, images on the power point, and words on the screen of the scriptures being read.

And after all that, guess what? At the end of a service, it takes us over an hour to get people out the door because we love being together.

Why oh why must we as Christians continue to be divisive in a culture that is already looking down on Christianity. We are being attacked from every spectrum, why must we attack each other? The reason we come together is because of Christ. Christ begged God for us to be able to be unified. He knew 2000 years ago that we would nitpick and fight. Over what?

A new or old song?

To my brothers who are “more to the right”, please stop assuming what others are doing just based upon the name of the congregation, or university, or whatever else you use , are wrong. You sound ridiculous when you say “I heard from my sister who has a friend who used to go there 10 years ago that they are letting women play instruments in the band during communion.” If you have a genuine concern for their souls, its best not to throw it out on Facebook, but contact one of their elders and ask them. Or maybe even better, pray about it and seek God’s counsel.

Let’s stop creating more and more and division, and seek a way to be more and more unified. I could say more, but I think everyone knows where I’m coming from. I’m sure there are some from both sides who will find what I’ve just said to have fault in it, but that’s okay. I still love you! Let us seek unity. Its what Jesus wanted.