I suppose the first real Presidential election I remember was the one that took place in 1988 – Bush vs. Dukakis.  I remember reading about the elections at school, having to do “Current Events” on the election.

In 2008 everyone thought Hillary Clinton would win the Democratic nomination, until a new guy named Barack Obama won.  He did name Hillary as his Secretary of State though.  He won again in 2012, and it marked the first time in 24 years that someone not named Bush or Clinton held some sort of high ranking political office in the United States.

But it was announced today, running for President in 2016, will be Hillary Clinton, again.  And just in case you think that’s crazy enough – yup – you guessed it – there’s another Bush.  And while Jeb Bush, the brother of the latest President Bush, has not “officially” announced a campaign, we all know its a matter of time.

I’m sure Hillary is a great person.  I’m sure Jeb is swell guy.  I’m sure Rand Paul, (who is Ron Paul’s son, who ran for President a few times) is a visionary dude.  But I think its time for some new faces in the political world.  Here are my suggestions for people who should run for President in 2016:

Tim Duncan – People thought it was cool that Barack Obama was a good basketball player.  Hello?  Enter Tim Duncan.  Duncan is one of the most humble guys on the court, yet he’s a proven winner. But what about outside of basketball? Per his Wikipedia page – “Off the court, Duncan is known for his quiet and unassuming ways, as well as his active philanthropy. He holds an honor degree in psychology and created the Tim Duncan Foundation to raise general health awareness and fund education and youth sports in various parts of the United States.”  Suggested VP – David Robinson – (he brings basketball and military experience into the mix)

Drew Carey – Everything Drew Carey is involved with turns to solid gold.  First of all, did you know he was a veteran?  He served in the US Marine Corps for 6 years.  Then he went into comedy.  He had a little show called “The Drew Carey Show” that ran for 233 episodes.  He also took an old great show, revived it, and turned it to pure comedic genius with “Whose Line Is It Anyway.”  After that – he took over for one of the greatest game show hosts that ever lived, Bob Barker, and has been on The Price is Right ever since.  So, he KNOWS how to follow up great figures, and make things even better.  No pressure following someone else in office.  Suggested VP – Wayne Brady – We’ve gotten used to comedic relief with Joe Biden, why not bring some professional comedic relief to the position? 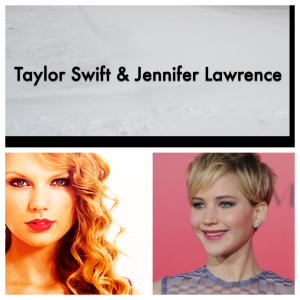 Taylor Swift – While technically not old enough to run for President (she’s only 25), I think we could make an exception to the rule just for her, right?  She has consistently dealt with pressure, and knows how to overcome (remember – Kanye West?) interruptions.  She’s achieved more in her 11 year music career (she started at 14) than most of us achieve in a lifetime.  Besides, if she’s blasted by the media, ridiculed by foreign leaders, or made fun of on Saturday Night Live, she knows how to “Shake it Off.”  Suggested VP – Jennifer Lawrence.  Someone with bow hunting skills as hers may come in handy in a post-apocalyptic world.  Have you seen the Hunger Games?  It could happen people.  So could the Walking Dead. 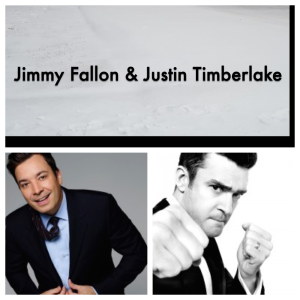 Jimmy Fallon – Jimmy was the guy everyone was sort of unsure of to be the replacement for late night guru Jay Leno.  However, Jimmy has filled Jay’s shoes very well.  Jimmy has brought new life to a dying stage in late night shows.  He made it cool again for young people to stay up to watch.  He’s adored by everyone.  He’s confident.  He’s friends with everyone.  In a pinch, he can do all sorts of impressions of past favorite presidents to bring his ratings up.  I feel like Jimmy would listen to people, and then do his best to make the most informed decisions.  Plus, it would be a hoot.  Suggested VP – Justin Timberlake, because these two in the White House would be awesome.  I mean, seriously, have you seen these guys perform before?  I’d tune into a State of the Union address featuring this dynamic duo!